The pesticides are the first thing which comes in mind while thinking about keeping the bugs and insects away from plants and planted seeds. But the use of these pesticides as recommended by various studies results in the downgrade of the quality of the plant product as well as that of seeds. However, it should be remembered that there are two worthwhile approaches to prevent these species to alter and affect the crop production. One is killing which has traditionally been used from time immemorial which include the agents acting as insect barrier and killer made up of chemicals, etc. which are microbial, botanical, predatory, physical and parasitic. These are present in conventional systems of cropping or organic options. But use of these chemicals has left the users and researchers in a paradigm of whether these are safe to be used or not. The second option is to control the pests and other insects by using insect barrier techniques which doesn’t necessary need these species to be killed. So why not opt the option to save the crops with nets, without getting bothered to kill the harmful species and also avoid the side effects of the chemicals involved. This approach is more environmental friendly and aligns itself with the aspects of organic farming. 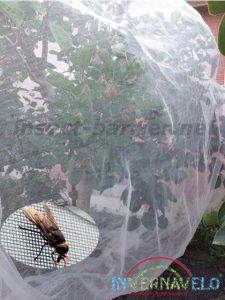 Using the exclusion principals for insect barriers representing one of the commonly practiced and available means to protect the crops is considered as the modern approach to solve the issue of insects. Since 1990 the use of the exclusion nets has been growing at an exponential rate and are popular for multiple reasons. These works on the mode of acting as a barrier to stop and don’t allow to access the crop. These means have stable efficacy and high sustainability under variable environmental conditions. They require comparatively higher installation and maintenance costs to those traditional practices. These are further used for two different aspects which include natural factors like hail storms and heavy rains and the other one is to control the insect access to the plants and seeds.

The effect of hail storms can be terminated by the use of hail nets which acts as a barrier to stop the hails right above the plants. These hail nets take the impact of falling hails and hence ensure the safety of the plants and seeds underneath them. These are made up of materials like polymers like polypropylene and other plastic products. According to the requirement they can be provided with UV protection also. Some of these hail nets are also designed to be hydrophilic in nature so that they allow water without any hindrance to pass and reach the plant surface and the soil. Hail nets are generally used for plants and trees which are vulnerable to the impact of hails during hail storm. Moreover, their need may be more in some parts based on the climatic aspects of the place. 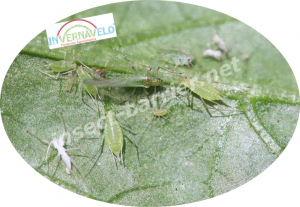 The use of netting for insect control is also available in the form of net barriers. Over the last three decades there is an enormous development in the level of fruit protection and also for protection of other crops. Many production issues have been solved by the use of such insect control measures and is expected by many researchers as a potential solution for the adverse and devastating effects and problems caused by various bugs like Halyomorpha, Marmorated stink bug, etc. These agricultural nets are exclusively manufactured from clear high density polyethylene and can have a life span of around 6-10 years. The efficiency of these nets to act as insect control measure and to maintain the moisture content and temperature around the plant has been supported by many studies. These studies are still going on to increase the efficiency of these products.

The whiteflies are common in greenhouses and house plants and sucks the sap and are often seen in crowds in the leaves underside. when disturbed they fly in air in big clouds. Both adults and nymphs damage the plant by sucking sap and juice form newly grown plant parts resulting in stunted rate of growth, reduced yield and yellow leaves. This makes plants weak and vulnerable to diseases. To control whiteflies yellow stick traps may work well. Bug blasters can also remove these from the plant surfaces. Predators like lacewing larvae, whitefly parasite and ladybugs also reduce their population by destroying their pupae and nymphs. Organic control measures including certain oils and other items can also be used.

More than 6000 species of thrips are found worldwide whose work is only to suck the life out of the plants. These are found in gardens, greenhouses and damage the plants by sucking the juice in the form of sap and also by scrapping the flowers, leaves and fruits leaving the leaves yellow or even die. To control thrips plant debris should be removed from near the plants to be protected. Measures followed for whiteflies can also be used for thrips like blue sticky traps, bug blasters, etc. Insecticides may also be used to control their population.

Hi, this is a comment.
To get started with moderating, editing, and deleting comments, please visit the Comments screen in the dashboard.
Commenter avatars come from Gravatar.